The principal festival of Bocairent in honour of the town’s patron saint, Saint Blai, are the fiestas of Mores and Christians, celebrated the first weekend of february and given special tourist interest status. A deep-rooted tradition full of colour and popular culture make these the town’s most attractive celebrations. Visitors will be struck by the range and splendour of the traditional costumes, the music, and the gunpowder.

Friday
LES CAIXES
With the “Night of the Drums” (“Nit de les Caixes”) the actual fiestas begin: hundreds of Bocairentines cloaked in their traditional woollen blankets take to the streets carrying Chinese lanterns and beating their drums, announcing the town’s patronage of Saint Blai since 1632.
Saturday
LA ENTRADA
The “Entrance” (“Entrada”) of Mores and Christians on 2nd February brings the fiesta to life. First to enter are the Christians who parade to cheerful sounding pasadobles and once night-time falls the Mores enter to the slow and emotive tunes of Moorish marches.
Sunday
SANT BLAI
One of the most emblematic events of the fiesta is the procession on the day of Saint Blai; the entrance in to the Town Hall Square of the saint, his relics and the banner of Saint Blai is particularly stirring, with the bells tolling and everyone shouting in unison: “Vitol al Patró San Blai” (“Long live Saint Blai”), as the lights go out and a shower of confetti rains down on the statue of the saint.
Monday
MORES AND CHRISTIANS
“The Embassies” (“Les Ambaixades”) on the 4th of February are the representation of when the negotiations for the conquest of the castle between Mores and Christians are acted out. The enormous quantity of gunpowder fired off into the air along the town’s main streets marks this day out as a special one.
Tuesday
HOLY CHRIST
The day of the Holy Christ (Santo Cristo) is also noteworthy due to the procession up to the chapel by participants and musicians, converting the Stations of the Cross footpath into a snaking line of colour.
web de la fiesta 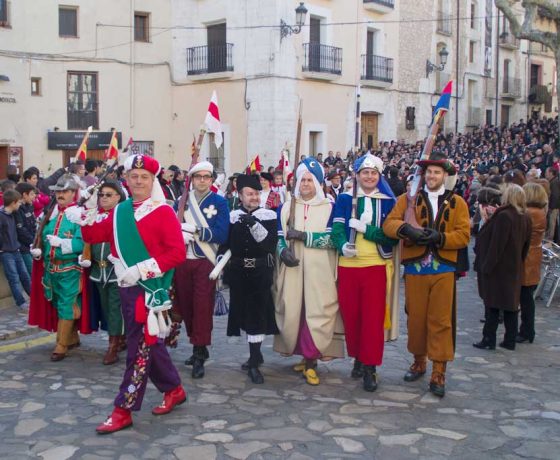 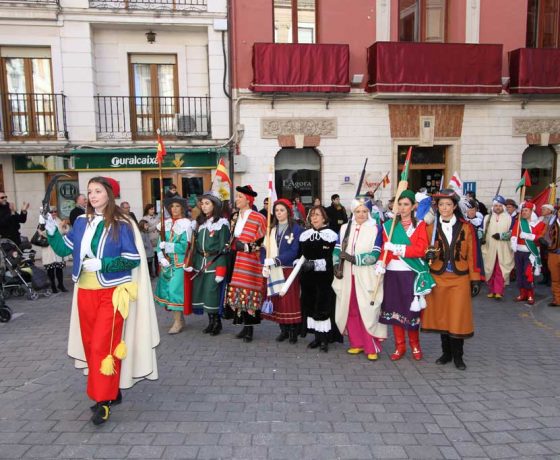 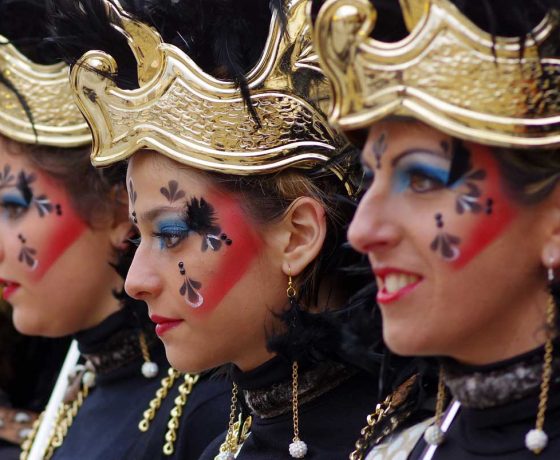 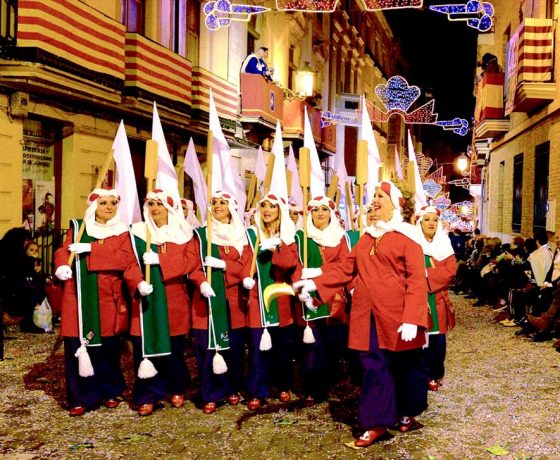 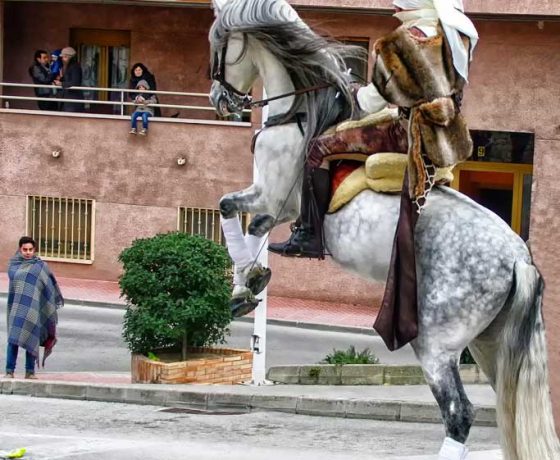 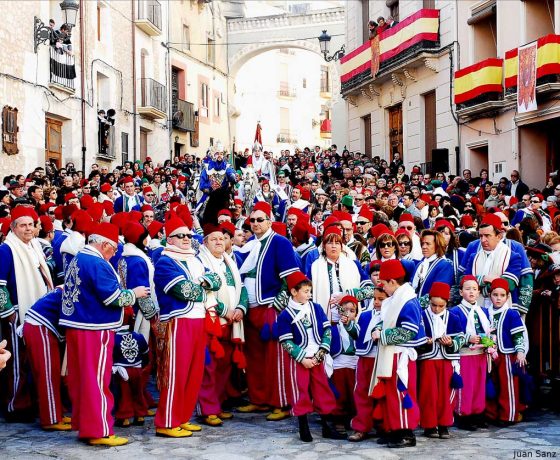 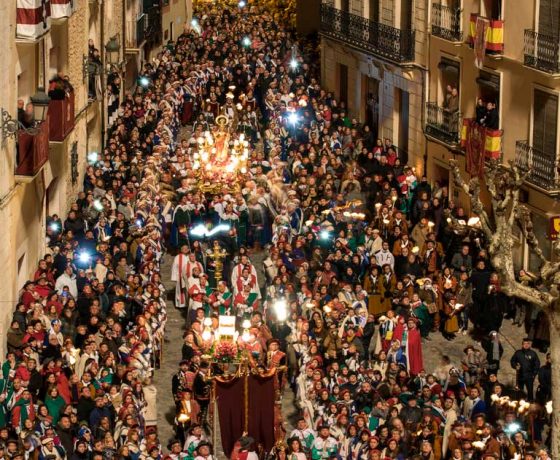 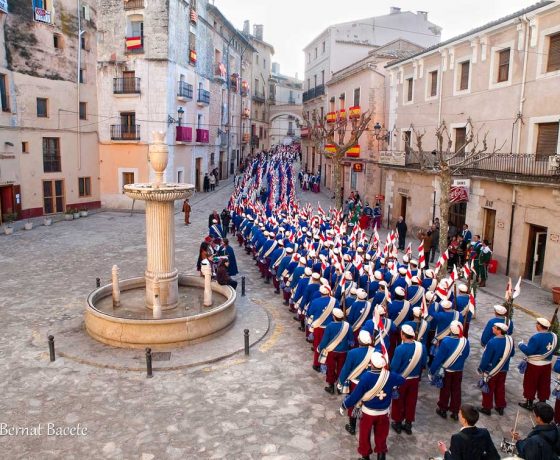 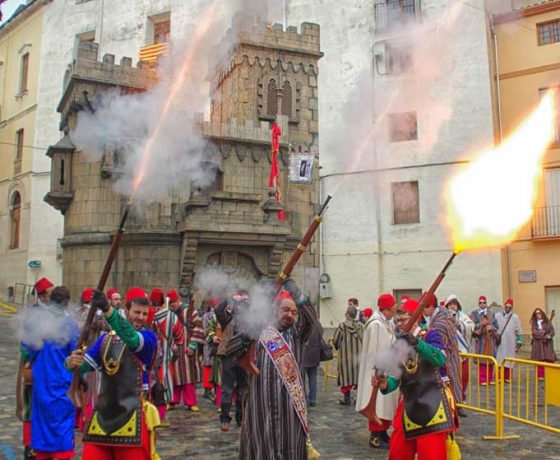 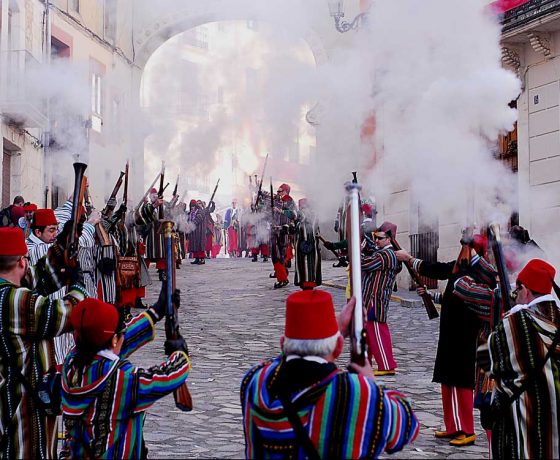 Booking for Mores and Christians